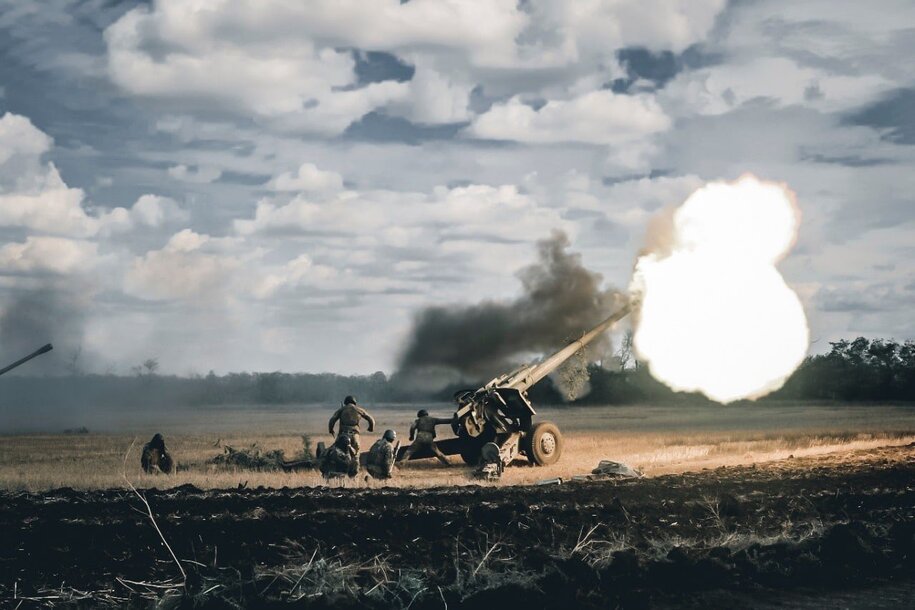 Sunday was quite the day, with major Ukrainian advances along two fronts making a mockery of Russia’s “annexation” of four Ukrainian oblasts. Indeed, as of yesterday (so not including today’s big gains in Kherson), Ukraine had already taken back 9% of the territory Russia occupied at the end of August. Tack on a point or two after today.

🇺🇦 retook control of the settlements of Arkhanhel’s’ke, Khreshchenivka, Shevchenkivka, and Zolota Balka.

The Russian main line of defence has withdrawn to Dudchany. pic.twitter.com/wpdVsVxrMG

In both cases, collapsing Russian lines are scrambling to establish new defensive lines further to the rear. This may be just the beginning of major gains in both axes.

The Russian defensive line in the northern parts of the Kherson region completely collapsed tonight.

Ukraine is breaking through along the line of contact.

Dudachny means a 20-kilometer penetration into the Russian backfield. Russian Telegram appears panicked right now, so I can’t get a sense of how good the town’s defenses might actually be. What we do know is that taking the town would open up some great options.

There is great excitement at the possibility of Ukrainian forces rushing down the highway that hugs the Dnipro river all the way down through Beryslav to Nova Kakhovka. And yes, that would be awesome! But that would present one hell of an exposed flank for Russian forces to exploit. And unless Ukraine has reserves to take advantage of mobile Russian forces, out of their defensive emplacements, would be a big risk.

Better yet, Ukraine would ideally work to cut off that entire mass of Russian defenses in the north by cutting west, toward that persistent bridgehead near Davidyi Brid. Russian forces in the north would be forced to either withdraw, or risk ending up completely surrounded. And given that Ukraine appears to have broken through major defenses, it’s likely romping in the empty backfield, much like we saw during the first few days of the Kharkiv offensive up north.

This would avoid, for now, the major defensive lines Russia has set up closer to Kherson and Nova Karkhovka.

Now, some Russian Telegram accounts are claiming that Ukrainian forces are trying to break through to Beryslav, location of one of Russia’s concentration filtration camps. (I dread to see what investigators will find once it is liberated.) I’d be careful with those claims, certainly in the too-good-to-be-true category. What is more likely is Ukrainian forces are approaching Beryslav region, which begins just south of Dudachny and requires crossing a long bridge that may or may no longer remain standing.

Capturing Dudachny would put one of Russia’s most important regional airfields within HIMARS range:

Exciting stuff. As I write this, I’m seeing the first reports from Russian Telegram that Dudachny has been liberated. I won’t believe it until I see more evidence. Maybe we’ll all wake up to wonderful news.

Ukrainian forces are approaching Kreminna, which is of utmost importance to Russia. As war criminal Igor Girkin wrote earlier today:

According to the information received, the Armed Forces of Ukraine took full control of the village of Torskoye, northeast of Liman. There is nothing critical in this, but now the question arises of holding Kremennaya – one of the key points providing the northern flank of the defense of Lisichansk. Under no circumstances should you give up a flint.

With Kreminna, Ukraine has the ability to either head north to Svatove, or southeast to encircle Severdonetsk and Lysychansk. Russia clearly doesn’t have the forces to defend both, putting them at a severe disadvantage. Plugging the gaps with untrained mobilized conscripts won’t improve things. And as much as Girkin thinks Kreminna is a must-hold, it’s an incredibly difficult town to defend, in a valley, surrounded by hills. Look at the picture in this tweet:

1. Kreminna – the city in the woods. There is no need siege the city, there are only 3 roads and 2 of them are partially controlled by 🇺🇦.
The most valuable points are slagheaps on the east that provides a great control over the area.
Heights around the city gives advantage for pic.twitter.com/IUTYztHCDu

HIMARS has been instrumental in weakening the entire front. Check out this thread:

Last week the 🇺🇦 forces started an unpresedented #HIMARS campaign on the 🇷🇺 supply hub Svatove. In 2 days at least 5 seperate targets where hit in & around Svatove. This town was a supply hub for the Lyman & Kupiansk front.1 strike took out the command of the 144th regiment. pic.twitter.com/VXCCOTTYtd

What the hell is going on here?

In the area of Bakhmut-Donetsk, or the meat grinder as I like to call it, the RU forces attacked mostly around Bakhmut. This incredible effort resulted in nothing, except for increased production of Ladas. pic.twitter.com/pA5UjMwe1W

Wagner forces keep pounding their head against this rock, probably using their prison fodder, for no discernible reason. Even if they captured Bakhmut, which they won’t, what would it possibly accomplish? Not to say those Wagner forces would fare much better elsewhere on the front line, but at least they’d serve a valid military purpose.

As often discussed, one of the challenges the U.S. and NATO have had in supplying Ukraine with war assistance is that the Western powers have built their war doctrine around air power, not armor or artillery. Therefore, there have been limited stocks of what can be shipped to Ukraine. This graph illustrates just how air-heavy the U.S. and NATO are:

That’s around 5,800 fighter jets, to Russia’s 1,000 or so. Given the difficulty in supplying Ukraine with fighter jets (logistics and training take years), it has been a fundamental disadvantage in giving Ukraine the materials it needs to win this war—a grinding ground duel.