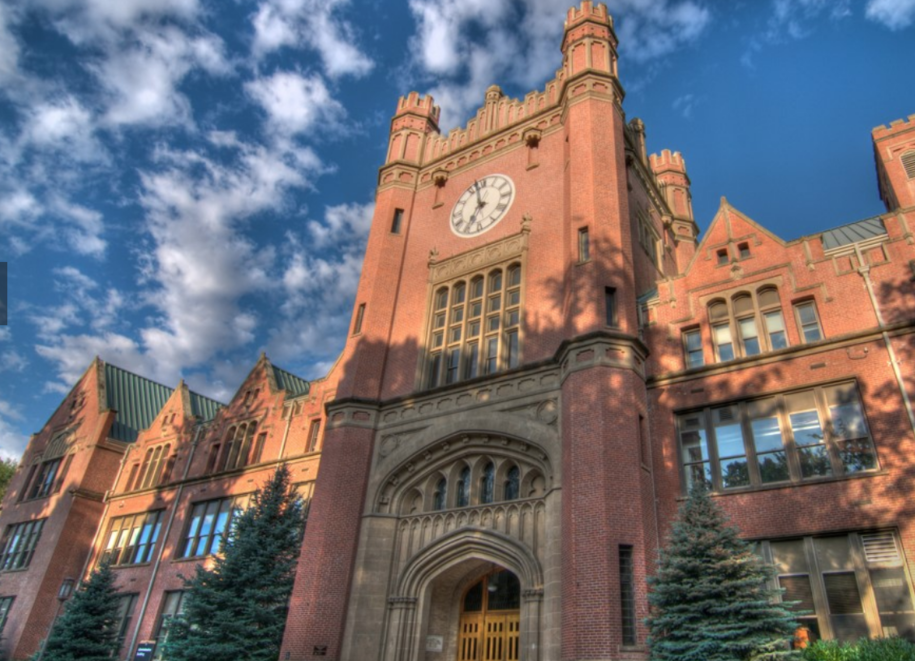 Several members of the faculty demanded to know how the memo was not an assault on their free-speech rights under the First Amendment. Nelson told them that the restrictions about advocating for abortion only applied to university employees when they are acting as such—but made no explanation of why those employees should lose their free-speech rights when on the job.

The faculty’s concerns are well-grounded. The Idaho anti-abortion law, passed by the Legislature in 2021 as a “trigger law” and then activated following the Supreme Court’s Dobbs ruling overturning Roe v. Wade, in fact prohibits state employees from abetting abortion in any way, including their speech. It’s a classic example of the way modern right-wing activism—as in Florida’s new law prohibiting “critical race theory” in education—tramples not just long-held constitutional rights like the right to reproductive health care (thanks to the recent Supreme Court ruling overturning that right), but Americans’ still-intact constitutional free-speech rights, and the accompanying academic freedom of public schools as well.

The policy memo, issued Sept. 23, requires faculty not to “promote or advocate in favor of abortion” or discuss “abortion or contraception” in classroom discussions unless they remain “neutral.” The university says that “academic freedom is not a defense to violation of law, and faculty or others in charge of classroom topics and discussion must themselves remain neutral on the topic and cannot conduct or engage in discussions in violation of these prohibitions without risking prosecution.”

It notes that university employees are free to express themselves however they like when they off their jobs, but when on performing their jobs on campus, state laws prohibit them from “promoting” abortion in any way, including referring or counseling anyone in favor of an abortion. Anyone convicted of violating the new state laws against abortion face felony charges carrying prison time and fines, as well as mandatory loss of state employment and bars to future state employment, the memo warned.

UI communications director Jodi Walker responded to queries from Daily Kos with a statement affirming this insistence on “neutrality”: “Employees engaging in their course of work in a manner that favors abortion could be deemed as promoting abortion,” Walker’s statement read.

“We support our students and employees, as well as academic freedom, but understand the need to work within the laws set out by our state,” the statement concludes.

“The idea of neutrality is an impossible-to-define concept,” journalism professor Russell Meeuf told the Chronicle of Higher Education, noting that the policy appears to contradict the state’s recently updated policies on academic freedom. “If it’s not clear where neutrality starts and stops, then they might be afraid to engage in those discussions at all,” Meeuf said.

The memo’s vagueness about what constitutes a “neutral” discussion only points to the most glaring problem with the memo: It’s a clear violation of the First Amendment, which prohibits prior restraint on speech by the government. A letter from the Foundation for Individual Rights and Expression (FIRE) to UI administrators explains this is in stark language:

The memo’s guidance notwithstanding, the First Amendment binds public universities, requiring U of I to ensure any policies implicating student and faculty expression comport with its constitutional obligations. Additionally, the United States Court of Appeals for the Ninth Circuit—the decisions of which are binding on U of I—has squarely held that the First Amendment protects faculty members’ speech “related to scholarship or teaching” when it addresses matters of public concern. No statute can authorize U of I to violate its students’ or faculty’s First Amendment rights.

As FIRE observes in an accompanying news release:

As a public university, U of I is bound by the First Amendment and cannot prevent its faculty from speaking freely about abortion or contraception in their research, publications, and pedagogically relevant classroom instruction. Nor can it force faculty to be “neutral” in the classroom, as these requirements burden faculty members’ ability to, for example, engage in devil’s advocacy or Socratic dialogue.

The memo appears not only to violate the U.S. Constitution, but the Idaho Constitution as well. Its Article 1, Section 9, explicitly states: “Every person may freely speak, write and publish on all subjects.”

Walker and other defenders of the memo—including its apparent author, Kent Nelson of the General Counsel’s office, who tried to rationalize it to the Faculty Senate—have subsequently reiterated their insistence that the memo was about ensuring that university employees don’t find themselves in legal jeopardy—“the UI follows the law,” UI statements keep insisting. Walker did not respond to Daily Kos queries about whether “the law” that UI follows includes the U.S. and Idaho constitutions.

Nelson told the Faculty Senate that the memo was cautious and conservative, but that the university would continue to examine it and perhaps spell out more concrete courses of action. “If laws were clear, I would be an accountant,” Nelson said.

Mike Satz, the former interim dean of UI’s Law School, told Daily Kos that university officials did not appear to understand their obligations to protect their employees’ First Amendment rights because they were focused entirely on meeting the requirements of Idaho’s “No Public Funds for Abortion Act.”

“The majority of the memo is legally correct, at least under the Idaho statutes, not looking at constitutional law,” Satz said. “Part of it is overbroad. But what it did is it caused the panic to be even worse.”

Satz noted that the controversy is only hitting UI and not other state-funded Idaho colleges in large part because of the hamhanded way it was rolled out. “Every university is having to deal with this on some level, right?” he said. “But that’s a legal memo that should never have been sent out to employees. That’s the kind of memo that is the basis for policy, and you send that to an executive group, and that group then makes policy based on it. And that’s what we’re seeing from the other universities in the state.”

Constitutionally speaking, Satz told Daily Kos, the memo is classic prior restraint—censorship imposed by the government or an institutions prohibiting particular instances of expression—and when you tell employees they could face felony prosecution for that speech, that produces the “chilling effect”—that is, deterring free speech and association rights protected by the First Amendment as a result of government laws or actions that appear to target expression—considered foundational to First-Amendment court rulings ensuring free speech.  Those rulings have consistently found that government employees, including university professors and public schoolteachers, have full free-speech rights.

“And it’s true that the institution is a public agency, and it has to comply with the Idaho law, even if the Idaho law is not compliant with the First Amendment, but you can explain it that way. The tone of the memos really strikes an authoritarian note.”

Satz also noted the First Amendment protects the rights of citizens, including students, to have access to information as well, established in the Supreme Court’s 1982 ruling in Board of Education, Island Trees Union Free School District v. Pico. “We always talk about the First Amendment in terms of our own free speech, but you also have the right to receive information under the Pico ruling,” he said.

“What we have in Idaho, in libraries and in universities, is the official suppression of ideas, by school boards, library boards, and the legislature. It is unconstitutional and students have just as much a right to hear this information as faculty have the right to speak it,” he observed.

And he noted that abortion appears to be the only subject about which university employees are prohibited from using anything other than “neutral” speech. There are “no other topics where they are forbidden to discuss it, in biased fashion or not, and none for which you might face a felony charge,” he said.

The university’s approach to dealing with the anti-abortion law, Satz noted, appears to resemble Florida’s legal defense of its “Stop WOKE Act,” which prohibits universities and public schools from teaching “critical race theory.” In court, attorneys for the state have insisted that anything taught in publicly funded schools comprises “government speech,” and thus falls outside of First Amendment protections.

The problem, of course, originates with the Idaho Legislature that passed the law, as well as Gov. Brad Little, who signed it into law. “I could have told you point-blank that this law is unconstitutional—it violates the First Amendment, it violates the establishment clause,” Satz said.

“You can’t have state-compelled speech, and that’s what this is. The state speech is, basically, we don’t like abortion, or in Florida’s case, we don’t like CRT. The First Amendment protects you against that. These are public institutions, and they can’t do that.”

The memo’s guidance also says the law prohibits UI employees from dispensing birth control to students under the Idaho law. Student health facilities, which are administered by Moscow Family Health and not the university, can still dispense standard birth control prescriptions, while university funded operations can still distribute condoms as a means of preventing sexually transmitted diseases, but not as a method of birth control.

This drew condemnation from the White House. “For years, GOP officials have gone after contraception and family planning services. After the Supreme Court’s decision in Dobbs, GOP officials appear more empowered to strip Americans of their basic rights,” wrote White House Press Secretary Karine Jean-Pierre on Twitter. She described the new law as “extreme and backwards.”

“To be clear, nothing under Idaho law justifies the university’s decision to deny students access to contraception. But the situation in Idaho speaks to the unacceptable consequences of extreme abortion bans,” she added.

An unnamed Biden administration official told the Idaho Capitol Sun: “We’re seeing similar efforts pop up in various states across the country, and it’s part of a very disturbing trend that the Supreme Court created a runway for, and Republican officials are taking advantage of to go even further than some of the laws we’ve already seen.”

“We always knew extremists wouldn’t stop at banning abortion; they’d target birth control next. The University of Idaho’s announcement is the canary in the coal mine, an early sign of the larger, coordinated effort to attack birth control access,” said Rebecca Gibron, CEO of Planned Parenthood Great Northwest, in a statement. “These attacks on birth control are not theoretical. They are already happening. And the University of Idaho’s new policy is just the latest example of extremists and draconian laws threatening to strip us of all control over their reproductive health care.”

Satz believes the UI’s mishandling of the matter will be costly to the university. “This has the potential to be very damaging to the school and the state,” he said. “Within 24 hours, this memo got the attention of the White House, of all places. And I don’t know what the United States is going to do. They’re the biggest funders of the university. I could see them doing all kinds of things bureaucratically to deal with this—cutting off grants, student loans, that sort of thing. This is not a good spot to be.

“I can also see them suing the university or suing the state on behalf of citizens, because this is so beyond the pale. It’s almost like they have to, someone has to, because this is dictating religious speech to people. You just can’t do this.”

The pushback, he believes, will occur primarily in the courts. “There are going to be lawsuits,” Satz said. “There need to be lawsuits. Nothing else is going to do. You’re not going to defeat this without taking it to the courts. And I don’t know what our final answer will be, given the current makeup of the Supreme Court.”